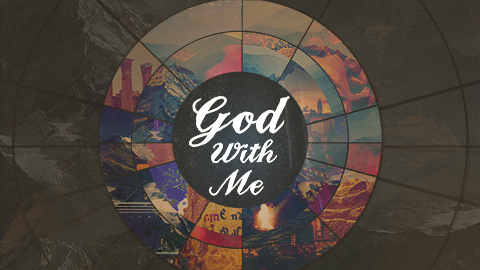 1 Samuel 20:1-3 Then David fled from Naioth at Ramah and went to Jonathan and asked, “What have I done? What is my crime? How have I wronged your father, that he is trying to kill me?” 2 “Never!” Jonathan replied. “You are not going to die! Look, my father doesn’t do anything, great or small, without letting me know. Why would he hide this from me? It isn’t so!” 3 But David took an oath and said, “Your father knows very well that I have found favor in your eyes, and he has said to himself, ‘Jonathan must not know this or he will be grieved.’ Yet as surely as the LORD lives and as you live, there is only a step between me and death.”

1 Samuel 20:4-7 Jonathan said to David, “Whatever you want me to do, I’ll do for you.” 5 So David said, “Look, tomorrow is the New Moon feast, and I am supposed to dine with the king; but let me go and hide in the field until the evening of the day after tomorrow. 6 If your father misses me at all, tell him, ‘David earnestly asked my permission to hurry to Bethlehem, his hometown, because an annual sacrifice is being made there for his whole clan.’ 7 If he says, ‘Very well,’ then your servant is safe. But if he loses his temper, you can be sure that he is determined to harm me.

1 Samuel 20:10-17 David asked, “Who will tell me if your father answers you harshly?” 11 “Come,” Jonathan said, “let’s go out into the field.” So they went there together. 12 Then Jonathan said to David, “I swear by the LORD, the God of Israel, that I will surely sound out my father by this time the day after tomorrow! If he is favorably disposed toward you, will I not send you word and let you know? 13 But if my father intends to harm you, may the LORD deal with Jonathan, be it ever so severely, if I do not let you know and send you away in peace. May the LORD be with you as he has been with my father. 14 But show me unfailing kindness like the LORD’s kindness as long as I live, so that I may not be killed, 15 and do not ever cut off your kindness from my family—not even when the LORD has cut off every one of David’s enemies from the face of the earth.” 16 So Jonathan made a covenant with the house of David, saying, “May the LORD call David’s enemies to account.” 17 And Jonathan had David reaffirm his oath out of love for him, because he loved him as he loved himself.

1 John 3:16 (NLT) We know what real love is because Jesus gave up his life for us. So we also ought to give up our lives for our brothers and sisters.

Philippians 2:4 (NKJV) Let each of you look out not only for his own interests, but also for the interests of others.

1 Samuel 20:18-33 Then Jonathan said to David, “Tomorrow is the New Moon feast. You will be missed, because your seat will be empty. 19 The day after tomorrow, toward evening, go to the place where you hid when this trouble began, and wait by the stone Ezel. 20 I will shoot three arrows to the side of it, as though I were shooting at a target. 21 Then I will send a boy and say, ‘Go, find the arrows.’ If I say to him, ‘Look, the arrows are on this side of you; bring them here,’ then come, because, as surely as the LORD lives, you are safe; there is no danger. 22 But if I say to the boy, ‘Look, the arrows are beyond you,’ then you must go, because the LORD has sent you away. 23 And about the matter you and I discussed—remember, the LORD is witness between you and me forever.” 24 So David hid in the field, and when the New Moon feast came, the king sat down to eat. 25 He sat in his customary place by the wall, opposite Jonathan, and Abner sat next to Saul, but David’s place was empty. 26 Saul said nothing that day, for he thought, “Something must have happened to David to make him ceremonially unclean—surely he is unclean.” 27 But the next day, the second day of the month, David’s place was empty again. Then Saul said to his son Jonathan, “Why hasn’t the son of Jesse come to the meal, either yesterday or today?” 28 Jonathan answered, “David earnestly asked me for permission to go to Bethlehem. 29 He said, ‘Let me go, because our family is observing a sacrifice in the town and my brother has ordered me to be there. If I have found favor in your eyes, let me get away to see my brothers.’ That is why he has not come to the king’s table.” 30 Saul’s anger flared up at Jonathan and he said to him, “You son of a perverse and rebellious woman! Don’t I know that you have sided with the son of Jesse to your own shame and to the shame of the mother who bore you? 31 As long as the son of Jesse lives on this earth, neither you nor your kingdom will be established. Now send someone to bring him to me, for he must die!” 32 “Why should he be put to death? What has he done?” Jonathan asked his father. 33 But Saul hurled his spear at him to kill him. Then Jonathan knew that his father intended to kill David.

1 Samuel 21:1-2 David went to Nob, to Ahimelek the priest. Ahimelek trembled when he met him, and asked, “Why are you alone? Why is no one with you?” It was concerning to Ahimelek that a prominent man like David would have been traveling alone. I’m sure he was wondering, where’s your army David? 2 David answered Ahimelek the priest, “The king sent me on a mission and said to me, ‘No one is to know anything about the mission I am sending you on.’ As for my men, I have told them to meet me at a certain place.

Colossians 3:9 (NLT) Don’t lie to each other, for you have stripped off your old sinful nature and all its wicked deeds.

1 Samuel 21:3-9 Now then, what do you have on hand? Give me five loaves of bread, or whatever you can find.” 4 But the priest answered David, “I don’t have any ordinary bread on hand; however, there is some consecrated bread here—provided the men have kept themselves from women.” 5 David replied, “Indeed women have been kept from us, as usual whenever I set out. The men’s bodies are holy even on missions that are not holy. How much more so today!” 6 So the priest gave him the consecrated bread, since there was no bread there except the bread of the Presence that had been removed from before the LORD and replaced by hot bread on the day it was taken away. 7 Now one of Saul’s servants was there that day, detained before the LORD; he was Doeg the Edomite, Saul’s chief shepherd. 8 David asked Ahimelek, “Don’t you have a spear or a sword here? I haven’t brought my sword or any other weapon, because the king’s mission was urgent.” Is this a true statement? No, another lie 9 The priest replied, “The sword of Goliath the Philistine, whom you killed in the Valley of Elah, is here; it is wrapped in a cloth behind the ephod. If you want it, take it; there is no sword here but that one.” David said, “There is none like it; give it to me.”

1 Samuel 17:47 Then all this assembly shall know that the LORD does not save with sword and spear; for the battle is the LORD’s, and He will give you into our hands.”

1 Samuel 21:10-13 That day David fled from Saul and went to Achish king of Gath. 11 But the servants of Achish said to him, “Isn’t this David, the king of the land? Isn’t he the one they sing about in their dances: “ ‘Saul has slain his thousands, and David his tens of thousands’?” 12 David took these words to heart and was very much afraid of Achish king of Gath. 13 So he pretended to be insane in their presence; and while he was in their hands he acted like a madman, making marks on the doors of the gate and letting saliva run down his beard.