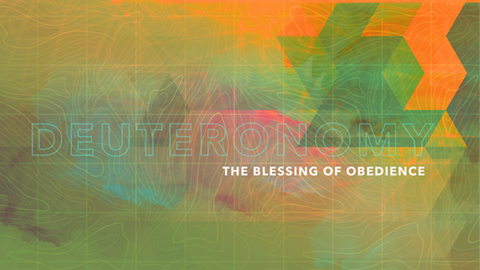 The Blessing of Obedience

Deuteronomy 2:1 Then we turned back and set out toward the wilderness along the route to the Red Sea, as the Lord had directed me. For a long time, we made our way around the hill country of Seir.

Deuteronomy 2:2-6 Then the Lord said to me, 3 “You have made your way around this hill country long enough; now turn north. 4 Give the people these orders: ‘You are about to pass through the territory of your relatives the descendants of Esau, who live in Seir. They will be afraid of you, but be very careful. 5 Do not provoke them to war, for I will not give you any of their land, not even enough to put your foot on. I have given Esau the hill country of Seir as his own. 6 You are to pay them in silver for the food you eat and the water you drink.’”

Deuteronomy 2:8-9 So we went on past our relatives the descendants of Esau, who live in Seir. We turned from the Arabah road, which comes up from Elath and Ezion Geber, and traveled along the desert road of Moab. 9 Then the Lord said to me, “Do not harass the Moabites or provoke them to war, for I will not give you any part of their land. I have given Ar to the descendants of Lot as a possession.”

Genesis 12:1-3 The Lord had said to Abram, “Go from your country, your people and your father’s household to the land I will show you. “I will make you into a great nation, and I will bless you; I will make your name great, and you will be a blessing. 3 I will bless those who bless you, and whoever curses you I will curse; and all peoples on earth will be blessed through you.

Deuteronomy 2:10-11 (The Emites used to live there—a people strong and numerous, and as tall as the Anakites. 11 Like the Anakites, they too were considered Rephaites, but the Moabites called them Emites.

Deuteronomy 2:13-15 And the Lord said, “Now get up and cross the Zered Valley.” So we crossed the valley. 14 Thirty-eight years passed from the time we left Kadesh Barnea until we crossed the Zered Valley. By then, that entire generation of fighting men had perished from the camp, as the Lord had sworn to them. 15 The Lord’s hand was against them until he had completely eliminated them from the camp.

Number 32:11 Because they have not followed me wholeheartedly, not one of those who were twenty years old or more when they came up out of Egypt will see the land I promised on oath to Abraham, Isaac and Jacob—

Deuteronomy 2:16-21 Now when the last of these fighting men among the people had died, 17 the Lord said to me, 18 “Today you are to pass by the region of Moab at Ar. 19 When you come to the Ammonites, do not harass them or provoke them to war, for I will not give you possession of any land belonging to the Ammonites. I have given it as a possession to the descendants of Lot.” 20 (That too was considered a land of the Rephaites, who used to live there; but the Ammonites called them Zamzummites. 21 They were a people strong and numerous, and as tall as the Anakites. The Lord destroyed them from before the Ammonites, who drove them out and settled in their place.

Deuteronomy 2:24-25 “Set out now and cross the Arnon Gorge. See, I have given into your hand Sihon (SIGH HON) the Amorite, king of Heshbon, and his country. Begin to take possession of it and engage him in battle. 25 This very day I will begin to put the terror and fear of you on all the nations under heaven. They will hear reports of you and will tremble and be in anguish because of you.”

Deuteronomy 2:26-31 From the Desert of Kedemoth I sent messengers to Sihon king of Heshbon offering peace and saying, 27 “Let us pass through your country. We will stay on the main road; we will not turn aside to the right or to the left. 28 Sell us food to eat and water to drink for their price in silver. Only let us pass through on foot— 29 as the descendants of Esau, who live in Seir, and the Moabites, who live in Ar, did for us—until we cross the Jordan into the land the Lord our God is giving us.” 30 But Sihon king of Heshbon refused to let us pass through. For the Lord your God had made his spirit stubborn and his heart obstinate in order to give him into your hands, as he has now done. 31 The Lord said to me, “See, I have begun to deliver Sihon and his country over to you. Now begin to conquer and possess his land.”

Deuteronomy 3:1-2 Next we turned and went up along the road toward Bashan, and Og king of Bashan with his whole army marched out to meet us in battle at Edrei. 2 The Lord said to me, “Do not be afraid of him, for I have delivered him into your hands, along with his whole army and his land. Do to him what you did to Sihon king of the Amorites, who reigned in Heshbon.”

Deuteronomy 3:18-22 I commanded you at that time: “The Lord your God has given you this land to take possession of it. But all your able-bodied men, armed for battle, must cross over ahead of the other Israelites. 19 However, your wives, your children and your livestock (I know you have much livestock) may stay in the towns I have given you, 20 until the Lord gives rest to your fellow Israelites as he has to you, and they too have taken over the land that the Lord your God is giving them across the Jordan. After that, each of you may go back to the possession I have given you.” 21 At that time I commanded Joshua: “You have seen with your own eyes all that the Lord your God has done to these two kings. The Lord will do the same to all the kingdoms over there where you are going. 22 Do not be afraid of them; the Lord your God himself will fight for you.”

Deuteronomy 3:23-25 At that time I pleaded with the Lord: 24 “Sovereign Lord, you have begun to show to your servant your greatness and your strong hand. For what god is there in heaven or on earth who can do the deeds and mighty works you do? 25 Let me go over and see the good land beyond the Jordan—that fine hill country and Lebanon.”

Numbers 20:7-12 The Lord said to Moses, 8 “Take the staff, and you and your brother Aaron gather the assembly together. Speak to that rock before their eyes and it will pour out its water. You will bring water out of the rock for the community so they and their livestock can drink.” 9 So Moses took the staff from the Lord’s presence, just as he commanded him. 10 He and Aaron gathered the assembly together in front of the rock and Moses said to them, “Listen, you rebels, must we bring you water out of this rock?” 11 Then Moses raised his arm and struck the rock twice with his staff. Water gushed out, and the community and their livestock drank. 12 But the Lord said to Moses and Aaron, “Because you did not trust in me enough to honor me as holy in the sight of the Israelites, you will not bring this community into the land I give them.”

Deuteronomy 3:26-29 But because of you the Lord was angry with me and would not listen to me. “That is enough,” the Lord said. “Do not speak to me anymore about this matter. 27 Go up to the top of Pisgah and look west and north and south and east. Look at the land with your own eyes, since you are not going to cross this Jordan. 28 But commission Joshua, and encourage and strengthen him, for he will lead this people across and will cause them to inherit the land that you will see.” 29 So we stayed in the valley near Beth Peor.

·         Step out in faith and fulfill the opportunities God provides