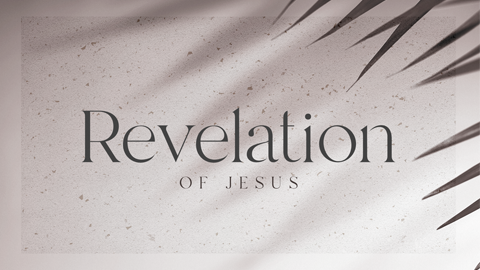 We are all accountable to God
Play Video Play Audio

Revelation 20:1-3 And I saw an angel coming down out of heaven, having the key to the Abyss and holding in his hand a great chain. 2 He seized the dragon, that ancient serpent, who is the devil, or Satan, and bound him for a thousand years. 3 He threw him into the Abyss, and locked and sealed it over him, to keep him from deceiving the nations anymore until the thousand years were ended. After that, he must be set free for a short time.

Revelation 20:4-6 I saw thrones on which were seated those who had been given authority to judge. And I saw the souls of those who had been beheaded because of their testimony about Jesus and because of the word of God. They had not worshiped the beast or its image and had not received its mark on their foreheads or their hands. They came to life and reigned with Christ a thousand years. 5 (The rest of the dead did not come to life until the thousand years were ended.) This is the first resurrection. 6 Blessed and holy are those who share in the first resurrection. The second death has no power over them, but they will be priests of God and of Christ and will reign with him for a thousand years.

Revelation 20:7-10 When the thousand years are over, Satan will be released from his prison 8 and will go out to deceive the nations in the four corners of the earth—Gog and Magog—and to gather them for battle. In number they are like the sand on the seashore. 9 They marched across the breadth of the earth and surrounded the camp of God’s people, the city he loves. But fire came down from heaven and devoured them. 10 And the devil, who deceived them, was thrown into the lake of burning sulfur, where the beast and the false prophet had been thrown. They will be tormented day and night for ever and ever.

Matthew 25:41 “Then He will say to those on His left, ‘Depart from Me, you who are cursed, into the eternal fire prepared for the devil and his angels.

Isaiah 14:12-15 How you have fallen from heaven, morning star, son of the dawn! You have been cast down to the earth, you who once laid low the nations! You said in your heart, “I will ascend to the heavens; I will raise my throne above the stars of God; I will sit enthroned on the mount of assembly, on the utmost heights of Mount Zaphon. I will ascend above the tops of the clouds; I will make myself like the Most High.” But you are brought down to the realm of the dead, to the depths of the pit.

·         Pride destroys. We can either humble ourselves or be humbled

Revelation 20:11 Then I saw a great white throne and him who was seated on it. The earth and the heavens fled from his presence, and there was no place for them.

·         1. The Judgement Seat of Christ – (Rewards for Believers)  2 Corinthians 5:10 For we must all appear before the judgment seat of Christ, so that each of us may receive what is due us for the things done while in the body, whether good or bad.

Matthew 7:21 “Not everyone who says to me, ‘Lord, Lord,’ will enter the kingdom of heaven, but only the one who does the will of my Father who is in heaven.

Luke 12:47-48 “The servant who knows the master’s will and does not get ready or does not do what the master wants will be beaten with many blows. 48 But the one who does not know and does things deserving punishment will be beaten with few blows. From everyone who has been given much, much will be demanded; and from the one who has been entrusted with much, much more will be asked.

Hebrews 9:27-28 Just as people are destined to die once, and after that to face judgment, so Christ was sacrificed once to take away the sins of many; and He will appear a second time, not to bear sin, but to bring salvation to those who are waiting for Him.

·         What are you doing with the potential God has blessed you with? Don’t waste your life.