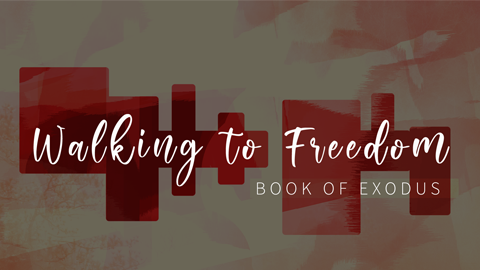 Tonight, we learn how the 10 commandments, the altar, and animal sacrifice all foreshadow the work of Jesus Christ.
Play Audio

The Altar and the Sacrifice

Exodus 24:1-3 Then the Lord said to Moses, “Come up to the Lord, you and Aaron, Nadab and Abihu, and seventy of the elders of Israel. You are to worship at a distance, 2 but Moses alone is to approach the Lord; the others must not come near. And the people may not come up with him. ” 3 When Moses went and told the people all the Lord’s words and laws, they responded with one voice, “Everything the Lord has said we will do.”

Acts 15:10 Now then, why do you try to test God by putting on the necks of Gentiles a yoke that neither we nor our ancestors have been able to bear?

Exodus 24:4-8 Moses then wrote down everything the Lord had said. He got up early the next morning and built an altar at the foot of the mountain and set up twelve stone pillars representing the twelve tribes of Israel. 5 Then he sent young Israelite men, and they offered burnt offerings and sacrificed young bulls as fellowship offerings to the Lord. 6 Moses took half of the blood and put it in bowls, and the other half he splashed against the altar. 7 Then he took the Book of the Covenant and read it to the people. They responded, “We will do everything the Lord has said; we will obey.” 8 Moses then took the blood, sprinkled it on the people and said, “This is the blood of the covenant that the Lord has made with you in accordance with all these words.”

Zechariah 9:11 As for you, because of the blood of my covenant with you, I will free your prisoners from the waterless pit.

Matthew 26:27-28 Then he took a cup, and when he had given thanks, he gave it to them saying “Drink from it, all of you. This is my blood of the covenant, which is poured out for many for the forgiveness of sins.

John 5:46 If you believed Moses, you would believe me, for he wrote about me.

Exodus 24:9-11 Moses and Aaron, Nadab and Abihu, and the seventy elders of Israel went up 10 and saw the God of Israel. Under his feet was something like a pavement made of lapis lazuli, as bright blue as the sky. 11 But God did not raise his hand against these leaders of the Israelites; they saw God, and they ate and drank.

Ezekiel 1:26 Above this surface was something that looked like a throne made of blue lapis lazuli. And on this throne high above was a figure whose appearance resembled a man.

Ezekiel 24:14-16 He said to the elders, “Wait here for us until we come back to you. Aaron and Hur are with you, and anyone involved in a dispute can go to them.” 15 When Moses went up on the mountain, the cloud covered it, 16 and the glory of the Lord settled on Mount Sinai. For six days the cloud covered the mountain, and on the seventh day the Lord called to Moses from within the cloud.

John 1:14 The Word became flesh and made his dwelling among us. We have seen his glory, the glory of the one and only son, who came form the Father, full of grace and truth.

Exodus 24:17-18 To the Israelites the glory of the Lord looked like a consuming fire on top of the mountain. 18 Then Moses entered the cloud as he went on up the mountain. And he stayed on the mountain forty days and forty nights.