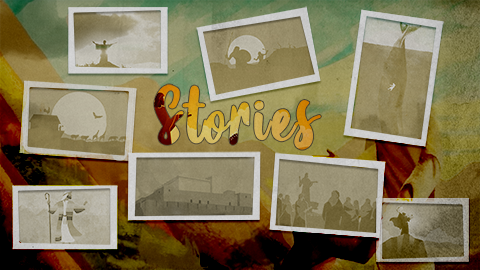 No one has the authority to take the life of one who is secure in the hands of God.
Play Video Play Audio

2 Corinthians 5:18-19 All this is from God, who reconciled us to Himself through Christ and gave us the ministry of reconciliation: 19 that God was reconciling the world to Himself in Christ, not counting men’s trespasses against them

Matthew 5:43-44 You have heard that it was said, ‘Love your neighbor’ and ‘Hate your enemy.’ 44 But I tell you, love your enemies and pray for those who persecute you,…

·         When our hearts are right with God, we have peace and can be courageous, because we know He is with us!

·         When our hearts are not right with God, we lack peace and have every reason to be insecure.

·         Insecurity: uncertainty or anxiety about oneself; lack of confidence.

1 Samuel 18:5-7 Whatever mission Saul sent him on, David was so successful that Saul gave him a high rank in the army. This pleased all the troops, and Saul’s officers as well. 6 When the men were returning home after David had killed the Philistine, the women came out from all the towns of Israel to meet King Saul with singing and dancing, with joyful songs and with timbrels and lyres. 7 As they danced, they sang: “Saul has slain his thousands, and David his tens of thousands.”

Genesis 4:6-7 Then the Lord said to Cain, “Why are you angry? Why is your face downcast? 7 If you do what is right, will you not be accepted? But if you do not do what is right, sin is crouching at your door; it desires to have you, but you must rule over it.”

James 3:14-15 But if you harbor bitter jealousy and selfish ambition in your hearts, do not boast in it or deny the truth. 15 Such wisdom does not come from above, but is earthly, unspiritual, demonic.

1 Samuel 18:8-12 Saul was very angry; this refrain displeased him greatly. “They have credited David with tens of thousands,” he thought, “but me with only thousands. What more can he get but the kingdom?” 9 And from that time on Saul kept a close eye on David. 10 The next day an evil spirit from God came forcefully on Saul. He was prophesying in his house, while David was playing the lyre, as he usually did. Saul had a spear in his hand 11 and he hurled it, saying to himself, “I’ll pin David to the wall.” But David eluded him twice. 12 Saul was afraid of David, because the Lord was with David but had departed from Saul.

1 Samuel 18:22-25 Then Saul ordered his attendants: “Speak to David privately and say, ‘Look, the king likes you, and his attendants all love you; now become his son-in-law.’” 23 They repeated these words to David. But David said, “Do you think it is a small matter to become the king’s son-in-law? I’m only a poor man and little known.” 24 When Saul’s servants told him what David had said, 25 Saul replied, “Say to David, ‘The king wants no other price for the bride than a hundred Philistine foreskins, to take revenge on his enemies.’” Saul’s plan was to have David fall by the hands of the Philistines.

1 Samuel 18:26-29 When the attendants told David these things, he was pleased to become the king’s son-in-law. So before the allotted time elapsed, 27 David took his men with him and went out and killed two hundred Philistines and brought back their foreskins. They counted out the full number to the king so that David might become the king’s son-in-law. Then Saul gave him his daughter Michal in marriage. 28 When Saul realized that the Lord was with David and that his daughter Michal loved David, 29 Saul became still more afraid of him, and he remained his enemy the rest of his days.

1 Samuel 24:1-22 After Saul returned from pursuing the Philistines, he was told, “David is in the Desert of En Gedi.” 2 So Saul took three thousand able young men from all Israel and set out to look for David and his men near the Crags of the Wild Goats. 3 He came to the sheep pens along the way; a cave was there, and Saul went in to relieve himself. David and his men were far back in the cave. 4 The men said, “This is the day the Lord spoke of when he said[b] to you, ‘I will give your enemy into your hands for you to deal with as you wish.’” Then David crept up unnoticed and cut off a corner of Saul’s robe. 5 Afterward, David was conscience-stricken for having cut off a corner of his robe. 6 He said to his men, “The Lord forbid that I should do such a thing to my master, the Lord’s anointed, or lay my hand on him; for he is the anointed of the Lord.” 7 With these words David sharply rebuked his men and did not allow them to attack Saul. And Saul left the cave and went his way. 8 Then David went out of the cave and called out to Saul, “My lord the king!” When Saul looked behind him, David bowed down and prostrated himself with his face to the ground. 9 He said to Saul, “Why do you listen when men say, ‘David is bent on harming you’? 10 This day you have seen with your own eyes how the Lord delivered you into my hands in the cave. Some urged me to kill you, but I spared you; I said, ‘I will not lay my hand on my lord, because he is the Lord’s anointed.’ 11 See, my father, look at this piece of your robe in my hand! I cut off the corner of your robe but did not kill you. See that there is nothing in my hand to indicate that I am guilty of wrongdoing or rebellion. I have not wronged you, but you are hunting me down to take my life. 12 May the Lord judge between you and me. And may the Lord avenge the wrongs you have done to me, but my hand will not touch you. 13 As the old saying goes, ‘From evildoers come evil deeds,’ so my hand will not touch you. 14 “Against whom has the king of Israel come out? Who are you pursuing? A dead dog? A flea? 15 May the Lord be our judge and decide between us. May he consider my cause and uphold it; may he vindicate me by delivering me from your hand.” 16 When David finished saying this, Saul asked, “Is that your voice, David my son?” And he wept aloud. 17 “You are more righteous than I,” he said. “You have treated me well, but I have treated you badly. 18 You have just now told me about the good you did to me; the Lord delivered me into your hands, but you did not kill me. 19 When a man finds his enemy, does he let him get away unharmed? May the Lord reward you well for the way you treated me today. 20 I know that you will surely be king and that the kingdom of Israel will be established in your hands. 21 Now swear to me by the Lord that you will not kill off my descendants or wipe out my name from my father’s family.” 22 So David gave his oath to Saul. Then Saul returned home, but David and his men went up to the stronghold.